Your Teen is an Animal. And that’s Normal! 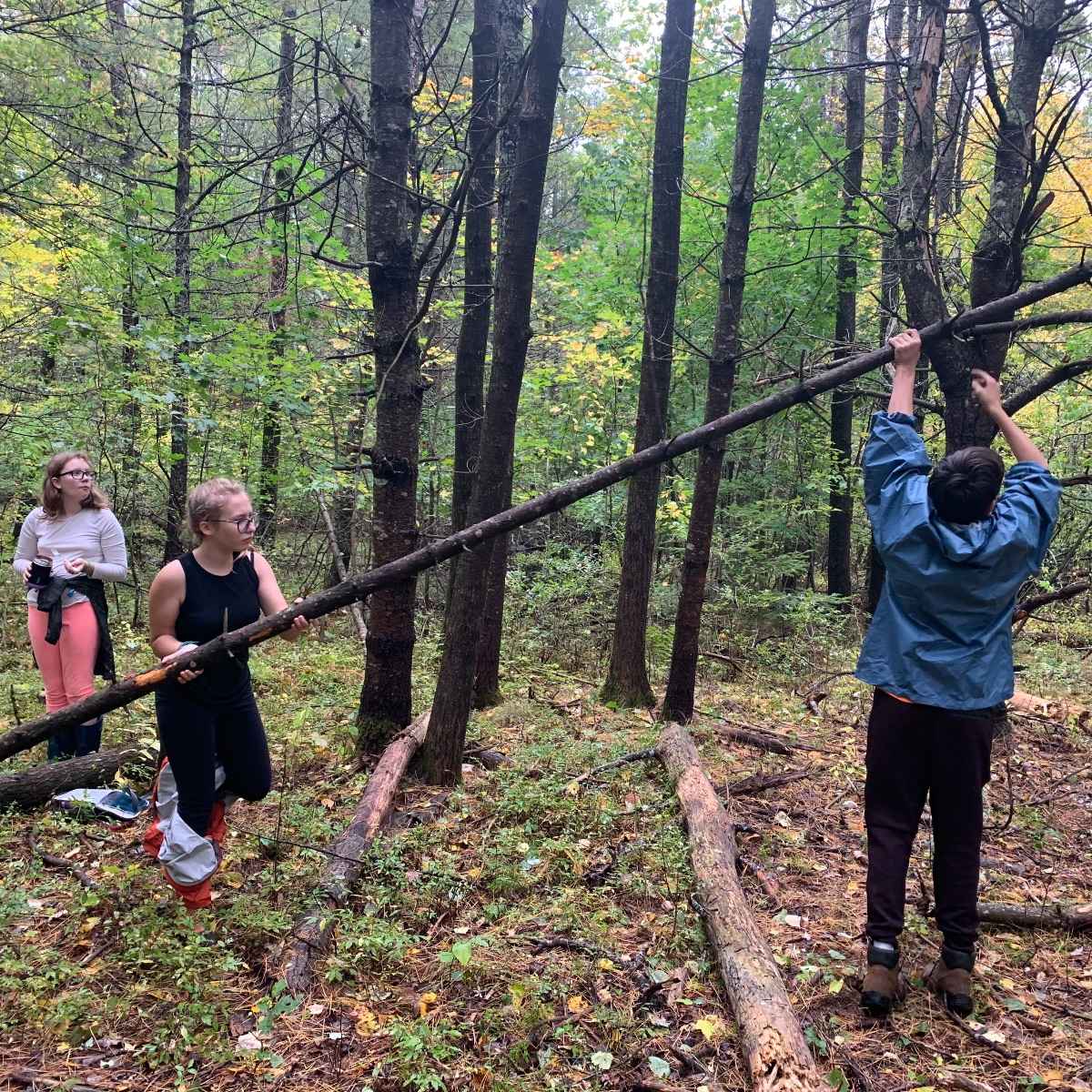 Today's blog post is from Corie Washow of Elemental Counseling.

As a step-parent to 2 young adult children, a therapist to countless parents and several teens, and a person who was once a teenager myself, I am very clear that adolescence can be painful, overwhelming, confusing, and amazing--for both parents and teens.  I know and appreciate a lot of the developmental and cultural reasons for the turmoil and growth that can characterize this time.  But I had no idea how much the human journey of adolescence reflects the adolescent journey of all other animals until recently.

The book, ‘Wildhood: The Epic Journey from Adolescence to Adulthood in Humans and Other Animals’ by Barbara Natterson-Horowitz and Kathryn Bowers is one of those gems that can shift your brain and help you land in a whole different level of understanding (one I wish I’d had both as a teenager myself and when we were actively raising teens)!  The scientist and writer who collaborated to create this book break their text into four sections that describe how a variety of animals move through adolescence.  The sections include ‘Safety, Status, Sex, and Self-Reliance’, proposing these are 4 common challenges of all animal adolescents. Sub-sections include things like: the rules of groups, coercion and consent, and learning to launch.  Sound like a text that could be written fully about humans?  For sure!

But it’s not.  This story tracks 4 specific primary animals (penguin, hyena, whale, and wolf) and mixes in dozens of other examples from the animal kingdom.  All are united by a shared experience of adolescence in which they have to figure out who they are and how to survive and thrive in the adult world.

There are tons of fascinating examples in this book--I’ll highlight just one here.  In the chapter, ‘The Pain of Social Descent’, the authors make a link between social status and mood.  Explaining that social status in the animal kingdom is very literally and directly linked to survival, they further offer research that a shift in social status actually changes serotonin levels.  Serotonin is a neurochemical directly related to mood--more makes us feel good, and less feels horrible.  As the authors say, “Rising in status improves animals’ changes of survival.  When animals rise in status, they are chemically rewarded...Plummeting in status...reduces animals’ changes of survival.  When animals fall in status, they are chemically punished.  (p. 133).  This serotonin and status research, by the way, happened in lobsters, anole lizards, crayfish, and more.  And also applies to humans.

“During wildhood, the combination of adolescents’ increased sensitivity to social status and intensified experience of social distress may set them up for depression...It has been the job and preoccupation of every social animal adolescent, from humans, to hyenas, to lobsters, to scan its world for clues about its status and to pay close attention to what it learns.  And to intensely feel--sometimes with joy and sometimes with pain--when that status shifts.”  (p. 133)

Think about that.  Think about how crazy-making it can be for adults that love teenagers to see them obsessing (from the adult view) about the perfect selfie or having the ‘right’ shoes.  Or spinning around in their brains about how they appeared in every social interaction.  Or being ‘moody’ over things that, to us, don’t seem at all important.  It’s easy for adults to label this behavior as self-absorption or emotional volatility.  But evolutionary, as animals, it makes perfect sense.  Of course our brains focus on these things--to feel the pleasure of increased social status, and avoid the pain of decreased social status.  To survive!  And of course our moods shift constantly, that’s what the neurochemicals that control moods are doing.

In this digital era, now intensified by the pandemic, there is little opportunity to escape from social status.  It’s baked into social media--likes and shares and hearts and sad faces and constant visual representation and feedback.  Adolescent serotonin levels must be all over the place!  No wonder depression and anxiety are happening so frequently.  (I do recognize, thanks to many wonderful adolescents and young adults in my life, that there can be genuinely great community and connection happening in the digital space.  But it can also be the opposite.  In order to facilitate and experience more of that community, I think we need to be aware of how and why there is a more challenging side of the social media coin.)

In any case, knowing this fascinating bit of how animal brains work and why, how do we support human teens and young adults?  The authors of Wildhood have a great concrete suggestion.  Instead of asking about mood (which we know can be up and down and those moods themselves can make people less able to communicate well), ask about social status--friendship and popularity, for example.

To expand on this a little bit more (from my own head now, not the book)...asking questions about status (friendship, popularity, power dynamics) could help teens develop a language and an ability to notice what is going on in terms of peer relationships.  Give them the opportunity, outside their own heads and serotonin fueled nervous systems, to become observers of their own and other people’s experiences in terms of status.  Allow them to express what is and is not comfortable about that for them, and be curious about what they’d like to see in the world in these areas.  I’d also suggest sharing this information.  I see plenty of adolescents who are down on themselves for caring so much about what other people think.  Let them know that’s normal.  There is no shame in it.  It’s actually a powerful experience that connects us with all the animals, alive now and for generations back and to come, that grow to adulthood.  If we can help teens name this experience, and remove the stigma and potential shame, we can help them make choices around how to move through this time--and hopefully be part of creating a future world that embraces rather than demonizes the beautiful, universal, animal struggle of adolescence.