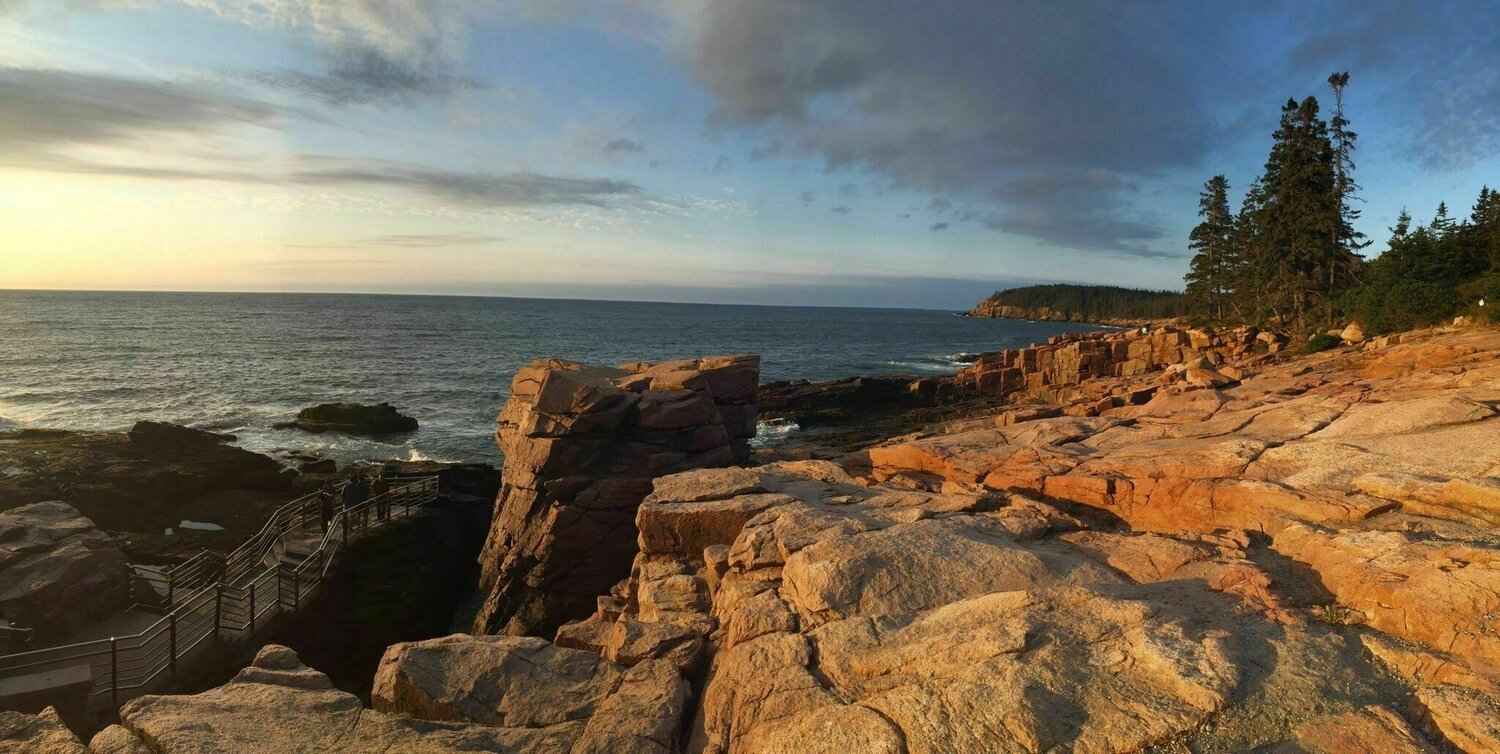 Ocean Path Trail is an easy, flat 2.2 mile trail that takes you along the shore and mostly parallels the Loop Road in Acadia National Park. There are numerous scenic views as well as access to the rocky shore. Along this trail two major natural attractions can be found: Thunder Hole and Otter Cliff. This trail can have a bit more traffic, so if you prefer quieter times, try early or late in the day.

More on exploring along the path from Alltrails.com: Half-way between Sand Beach and Otter Cliff is Thunder Hole. Waves and tides dictate whether you hear the sound like thunder or whether you'll hear a whisper of waves crashing below. Granite stairs and railings lead to the viewing area. Half way between Thunder Hole and Otter Cliffs on the right side of the Park Loop Road, is the small parking area for the Gorham Mountain Trail, which offers spectacular panoramic views of the eastern coastline. From this vantage point (another 2 mi. RT deviation to the summit), you can see from Sand Beach to the north and all the way south to Otter Cliff. At the southern end of the path is Otter Cliff. Just before Otter Cliff is Monument Cove. Look for the short side trail on the left as there are some great photo ops from this vantage point, especially when the first light of the morning turns the cliffs a golden color. Rock climbers and rappellers frequent the Otter Cliff. This is a great hike - take as little or as much time as you like to explore!